When I'm at renaissance fairs or craft shows with my ocarinas, the most frequently asked question is probably, "Can you play songs from The Ocarina of Time on these?"

The answer is yes. Yes, you can.

The fingerings in the game are different from the ones on a four to six hole ocarina, but you can still play most of the songs.

In fact, you can also play the theme song from Steven Universe, Miraculous Ladybug, The Lord of the Rings, and Harry Potter. You can play the "Cantina Song" from Star Wars on a five hole ocarina. You can play old school Disney songs. You can play classic rock. Personally, I've spent entirely too much time figuring out how to play songs from that one webcomic.

You can play a complete scale on a four hole ocarina--sharps and flats included--and fortunately, that's usually all you need to play the song you want. Most songs are written within that one octave range. Even when a song requires a greater range, it's likely that you can transpose part of it to at least produce something recognizable.

I play the ocarina by ear, so I learn new songs by simply messing around until I hit a couple of notes that sound right and work from there It's surprising how quickly the rest falls into place! However, if playing by ear isn't your thing, a Google search for ocarina tabs + the name of the song is probably your best bet.

Not sure what song you want to learn? I'm in the process of collating links to ocarina tabs over at the Spirit Song Ocarinas account on Pinterest. Feel free to take a look! 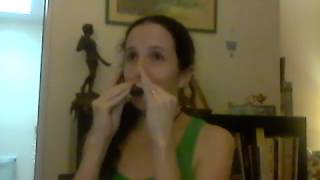